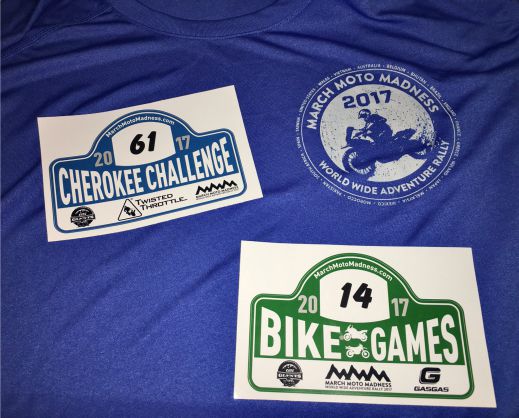 May 4, 2017 MotoLizard
March Moto Madness (MMM) 2017.
During the last weekend of March near the Smokey mountains when its still very cold in Kansas there is an event for motorcycle riders that like to take expensive adventure bikes into the Tennessee mud.

The way down to MMM

First of all I had to get to the location and it was 45 degrees and raining in Kansas so I decided to go as far south as possible and then take the most fun roads east through Arkansas that I could find. 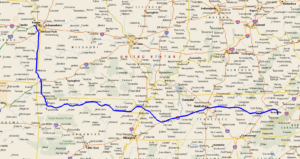 My Spot tracks.
Not a lot of travelers this time of year in this part of the country so I pretty much had the hotel to myself. 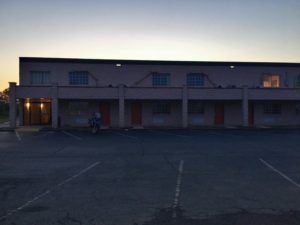 Before MarchMotoMadness
A day early to meet up with my friend DeathMagnet to go through the Tail of the Dragon and a neat little dirt track that DeathMagnet found a few years ago we call the “Gravel Dragon”. 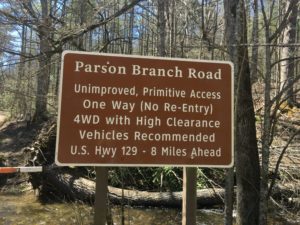 Parsons Branch Road
There is a one way road that’s very rough (primitive) road and it just dumps you out on the tail of the dragon. 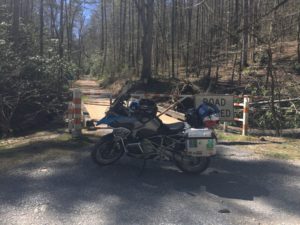 Road Closed
Unfortunately the road was closed – and not just a little closed – it had a serious padlock on it and the gate was unmovable, its also on a bridge so there is no going around the roadblock. 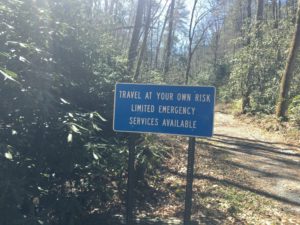 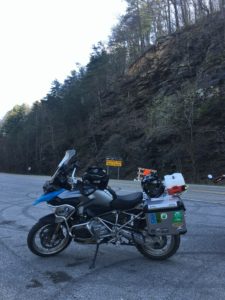 Tail of Dragon new Sign
Its been a few years since I had this bike at the Dragon but they seemed to have added a new “Motorcycle” specific warning sign. 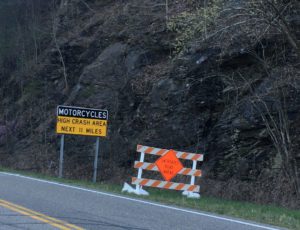 Closer view of sign
Typically when I have been on the Dragon its been on or near a weekend and always during very nice weather during the summer and its been crowded and slow.  However Wednesday March 29th 2017 after 5pm when the KillBoy camera guys have all left, there was virtually no one on the road.  I would never advise breaking laws or proclaiming on the Internet that I was anything other than law abiding, however; it did seam that a person could get well above 60mph on parts of the Dragon on that day.

Within about 3 minutes I bumped into Dennis Godwin a GS Trophy rider who rode over from California (actually riding the first leg about 23 hours straight from California to the Kansas Arkansas boarder). 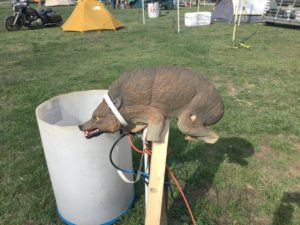 Dennis Godwin’s Wolf!
Dennis is a really good guy and I had been looking for him since he posted the wolf photo on Facebook before heading out.
On the topic of GS trophy riders I turned around and bumped into Tom Asher who is also a seriously nice guy who runs rider training and was taking people 2 up on his bike through tracks I didn’t even want to look at.  Find out more about Tom going to TAARA.

Last year I just watched the bike games, hung around and had fun.  This year my buddy DeathMagnet talked me into entering the games. 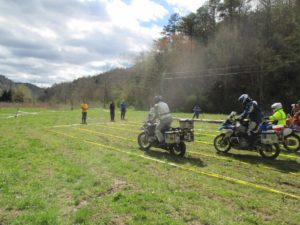 The Slow Race.
I chose this picture because it looks like I’m doing much better than DeathMagnet (he is in White KLIM and I and I in Blue BMW gear); but its all a trick of the camera angles.  I am proud that I didn’t fall over or hurt myself although I was a far ways off from doing well and didn’t place (but did have fun). 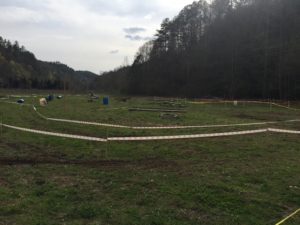 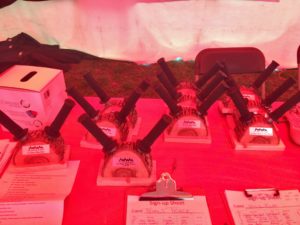 In the barrel race two opposed riders race around barrels until one is passed.  The person who passes is the winner.  This is DeathMagnet on his KTM (he brought lots of bikes).  I used hyperlapse to speed up the video and make it more entertaining.

The Cherokee Challenge is sponsored by Twisted Throttle and its about 200 miles of twisty roads and off road.  The idea is to have fun and something to do when the bike games are not going on.  you can do it all in one day or break it up over several days. 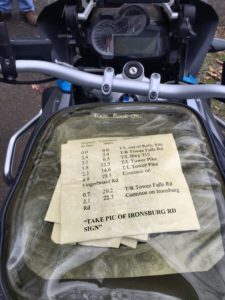 Printed directions
One of the really cool things is if you complete the challenge and take specific landmark photos Twisted Throttle would enter you into additional drawings for swag. 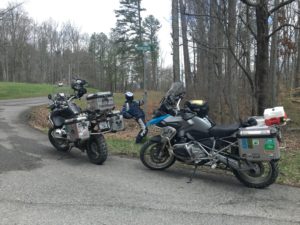 The Trip Back Home 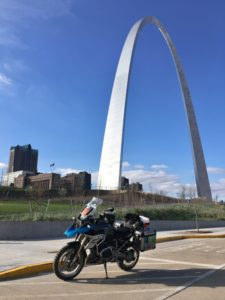 St Louis Arch
I have ridden past this thing at least a dozen times and this time I finally went out of my way and got a proper photo. 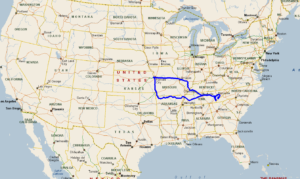 The round trip
was around 2,500 mile trip and the last day was around 800 miles.  Still like the Anakee Wild Front but not super excited about the rear and will be moving back to the TKC-70 on the back.
Its always fun so if you get a chance just go. 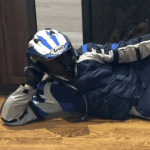